The series is set in Richmond where Irish born Michaela (Mic) McPherson, a former Richmond homicide detective, her retired police dog Angel, and best friend and side kick 82 year old Italian Countess Dorothy Borghase are up to their ears in solving crime that requires quick thinking and ingenious solutions.

A young woman disappears after a job interview at a well-known dentist’s office in Richmond and Mic, Dorothy and Detective Slade O’Brien join forces to solve the crime…a crime with long reaching tentacles that spans continents and generations.

"Please don't do this to me. Why are you hurting me,” the young
voice sobbed. “I don't know who you are!”
A large hand with dirty, stained fingernails grabbed her shoulder roughly. “Shut up,” he growled as he shook her ferociously until her teeth chattered.
Her tattooed abductor terrified her as she focused on the snake tattoo on his hand. “Just let me go, and I promise I won't tell anyone," the young woman whimpered. “I promise.”
“Shut up, or I’ll really hurt you,” the savage voice promised as he slapped her face and slammed her into the side of the vehicle. He shoved her again and bent her body like a pretzel. His body covered hers, making it impossible for anyone to see her from three sides.
The young woman's voice raised to feverish pitch as another person pushed her into the trunk of her car. The monster pinned her arms behind her head and shoved her elbow against the spare tire. She winced as an excruciating, burning pain sent stinging shocks into her head. She cried uncontrollably and could not stop shaking.
"Shut your yammer,” the man hissed softly, his face so close to her blindfold she could smell his foul breath. “If you don't, it’ll be much worse for you," he warned as he loomed over her, making her feel small and defenseless. She couldn't see him through her translucent blindfold but sensed he had dark hair.
"Please, please, please just let me go. My father will give you a reward. He has a lot of money." As she made the promise, her teeth chattered violently. Tears streamed down her face, making her cough. She was unable to brush them away.
The man laughed a slow, evil sound that caused chill bumps on her arms. "Your father doesn't have enough money to stop what we have planned for you, not nearly enough, so shut your pretty mouth and be quiet before I put your lights off."
A wave of fresh sobs exploded from the terrified woman as she lay in the trunk of the car. Her body shuddered from head to toe, and she couldn’t control the tears streaming from her face.
The noise infuriated her assailant as he glowered at his helpless victim. A feeling of euphoria settled over him. He loved watching helpless women squirm. He shook her head and pounded it against the trunk of the car.
"I told you to shut up. If you don’t stop screaming, I'm gonna cut your voice box out. Do you understand?"
Allison nodded and coughed.
“Be quiet.” Allison heard a female voice speak for the first time. “I’d hate to mess up your pretty face,” she said in a singsong voice that frightened the young woman more than the snarl and guttural voice of the man.
A wave of fresh sobs exploded from the scared woman, as she lay helpless in the trunk of the car.
She thrashed around wildly. Where’d the woman come from? She tried to see her through her blindfold but she couldn’t. For some reason, she was more frightened of the woman. Her body shook, and her teeth chattered.
“I hope the bitch doesn’t mess herself up,” the man commented.
The woman stared at him. “You know what to do, so just do it.”
The man hesitated for an instant, and the woman pushed him aside and glared at the helpless young captive.
That was when the lights went out for Allison Massie. The woman stepped back with an evil smile on her face and murmured, “Well, I guess I shut her up.”
Despite the choke hold, the woman glared at him defiantly.
The tattooed man let her go and pushed her against the car. “Get back in the office and do damage control,” he snarled, “and don’t ever cross me again.” He jumped in the car and headed west.

​5 Stars!!!
Reviewed By Jack Magnus for Readers’ Favorite
The Case of Dr Dude: A Michaela McPherson Mystery is a private sleuth mystery written by Judith Lucci. Michaela was enjoying her retirement from the police force and had finally opened up Biddy’s Irish Pub in honor of her parents. She still remembered sitting in her dad’s pub and her enjoyment in being the pub owner’s daughter. Her friend and fellow sleuth, Dottie Borghase, who was a real live Italian countess, had other plans. She enjoyed their sleuthing work together too much to give it all up. Besides, there was a pressing problem that required their attention. Allison Massie, the granddaughter of Margaret and Beau Massie, Dottie’s friends, never came home again after her interview with Dr. Nicholas Smirkowitz, otherwise known as Dr. Dude, the dentist to the stars. Allison had just finished her schooling as a dental hygienist and was considering dental school. Dr. Smirkowitz was a talented cosmetic dentist, and she hoped to get a feel for the business first-hand by working for him. Allison’s parents were still en route from Europe, and her grandparents were getting frantic. Their granddaughter was diabetic, and her survival depended upon her receiving her insulin injections. Michaela knew all about Dr. Dude and had even been a patient of his at one point in time. She also knew he had had a number of complaints lodged against him by both his patients and his staff. Now, she and Dottie were racing against time to find Allison. Judith Lucci’s private sleuth mystery novel, The Case of Dr Dude: A Michaela McPherson Mystery, is exciting and fast-paced. While it’s not the first book in this mystery series, Lucci gives enough background information to allow this book to be read as a standalone novel. The interactions between Dottie, the octogenarian armchair sleuth, and Mic are grand fun, and Lucci’s plot addresses a real and pressing crisis that is ongoing -- the trafficking of children and women. Angel, Mic’s retired K9 companion, often steals the limelight in this taut and well-written novel of suspense, and that’s just as it should be, it seems. After all, he did take a bullet in the hip in order to save Mic’s life when they were on the job and, even when retired, takes his guardianship of her quite seriously. The Case of Dr Dude is the first Michaela McPherson mystery that I’ve read, and I’m looking forward to reading about her other detective cases. It’s highly recommended.

5.0 out of 5 stars
A superb read for all lovers of outstanding crime thrillers.
By Enrico Grafitti on February 17, 2016
Queen of NOLA Medical Thrillers, Judith Lucci, starts a new series with ‘The Case of Dr. Dude” and it has all the promise of being a new bestseller for her avid fans. Set in Richmond, Virginia, the series features an ex-cop turned Private Investigator, Michaela McPherson, whose informal partnership with an ageing Italian noblewoman, Countess Dorothy (Dottie) Borghese, and backed-up by her retired police dog Angel, make for an intriguing and heart-warming trio that tackle the most brutal of crimes. In this first novel of the series the issue is the kidnapping and selling of young girls into the white slave trade.
The author’s impeccable research shows on every page as her protagonists delve into the mystery of the missing women and take on the Russian mafia in this fast-paced thriller. The skill with which Lucci has placed her readers on the streets of New Orleans in her medical thrillers is present here too and we quickly feel at home in Richmond, as the tale unfolds.
The story is solid; the villains despicable, and the protagonists people you will instantly empathise with in this complex tale. Mic and Dottie find themselves in a race against the clock to save the life of the victims and you will find your heart thumping with excitement as the story barrels along to its finale. A superb read for all lovers of outstanding crime thrillers.

5.0 out of 5 stars
Excellent read
By Peter Martin on February 19, 2016
Another Winning Series!
Judith Lucci has done it again! She has created another great series filled with unique and interesting characters, great description and a complex plot with twists, turns and surprises. Michaela (Mic) McPherson is a retired homicide detective from Richmond, Virginia (Lucci’s home town) whose best friend is Dottie, an aging Italian Countess who, along with Mic’s ‘retired’ police dog, Angel, solve difficult crimes. As always, Lucci’s book is impeccably researched and peppered with suspense and intrigue. The trio in this book have attacked the global issue of human sex trafficking as Mic, Dottie and Angel tussle with an aberrant dentist, his crazed assistant and the Russian mob to rescue a young woman who disappeared after a job interview at Dr. Dude’s office.
Judith Lucci again has penned an amazing page-turner in the first book that is as.exciting and memorable as Alex Destephano medical thrillers. I cannot wait for the next Mic McPherson mystery.

​"A classic read, and will look good on television or even the big screen..."-Jacqueline George ​ 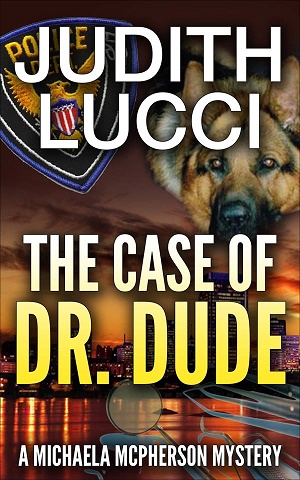 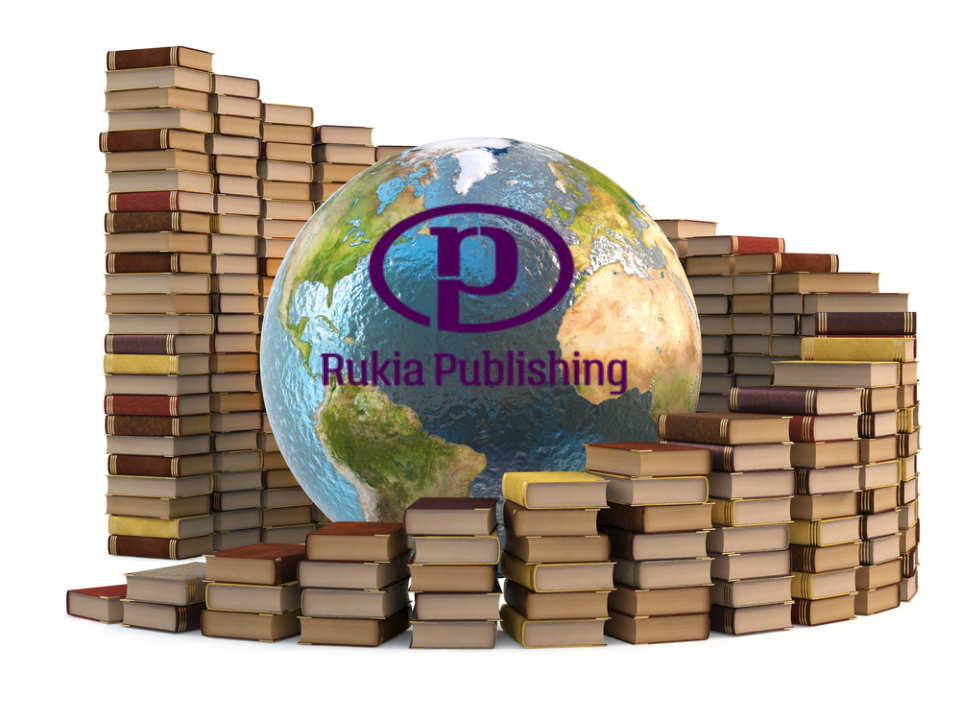 Click The Image To Go To The Book Tour Hop and Visit all the stops! 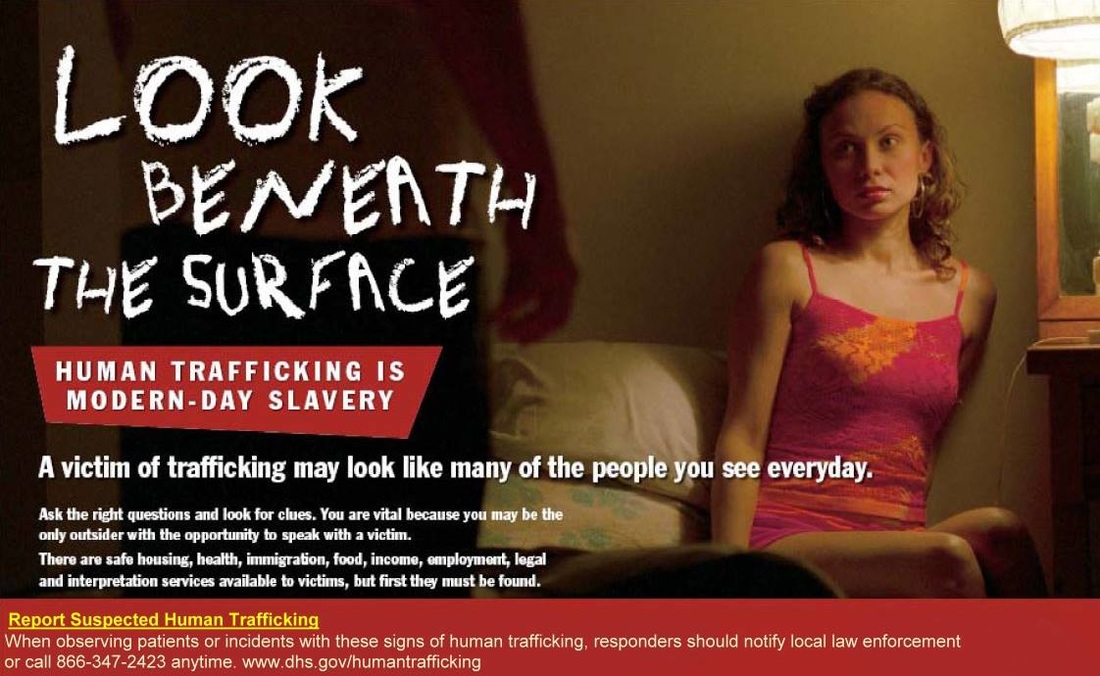