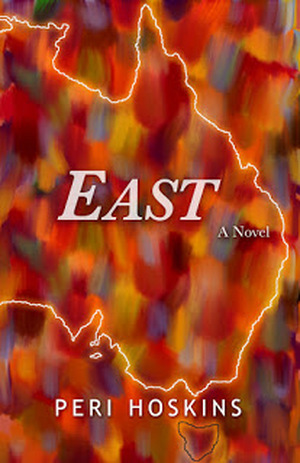 ​​
It’s 1994. Junior lawyer, Vince Osbourne, leaves behind a small, mean and viciously circular life in the city representing petty criminals and takes to the road. He’s lived 30 years. The wide continent of Australia is out in front. He’s almost young. Where will the road lead?
East takes in sunsets; rain in the desert; a five-year-old girl on a bike; a battered former thief and jockey; old-timers; young lovers; beautiful women, and aboriginals in public bars. The open road connects many vignettes making a rich tapestry of human encounters.
East is poignant, gritty, funny, sad and above all: human. Hoskins’ laconic prose captures the harsh, arid country in all its big, empty beauty along with quirky exchanges with strangers, travel buddies, shop assistants, workmates, and friends old and new. A journey without and within, East taps into the spiritual realm that lies beneath this land and its people.

Available At Most Online Retailers: ​http://books2read.com/east

Excerpt From East: Chapter One

Leaving
The bonnet in front of me is big and white. Rain on the windscreen – the wipers sweep it away. The clouds are grey, the road is grey, the suburbs are grey and I am leaving. There is joy in that. I’m leaving it behind – a life – small, petty, viciously circular. Out in front is the road and I don’t know where it will end. I am free. I’m almost young.

A beginning. Renewal pulses in my blood, pumping out from my heart, through my veins, feeding me, making me new again, a keenly conscious being reaching out to the uncertainty. This road will lead me to places that I have not seen – to people I have not met. There’s no place I have to be and no time I have to be there.

I drive on and on leaving the city far behind. The rain clears. Sunlight glints on wet grass and trees. I see farmhouses, fences and cows. The gnawing in my belly eases as I’m gently enveloped by the freedom of the great mystery now upon me. The shackles of the old life fall away, for I’m shedding a skin – dry, worn, old and scaly. I found the courage to step into the dream. And the dream has become real.

The life of a suburban lawyer is behind me. Small decisions. Small repetitions. Which tie to wear today. Pay the electricity bill. Sunday – iron five shirts for the week ahead. See the same people. Say the same things. Hear the same things said. In that life I wondered whether I had it better than the petty criminals I represented in court. Some had no job and no home. They pleaded guilty and I said what I could say, for something had to be said. And then the court, that street-sweeper of humanity, tidied them away. For there must be a place – there must be somewhere for them to go: a prison, a halfway house, a drug rehab centre. There must be a place for everyone – somewhere. These people had fallen through cracks and become untidy. Did they envy my tidy life, those that I helped to tidy away? Did they see my life as I saw it – not a tidy life, but a tidy prison?

Tidiness. I had been taught to lead a tidy life. What was it they had said – the teachers, the headmasters? Work hard at school. Get a good job. Be a good employee. Pay your taxes. Mow your lawns. Be a good neighbour. Be a good citizen. Lead a tidy life. Not a full life, a varied life, a great life – no, a tidy life of small neat circles. I have lived thirty years.

As the trees and houses and petrol stations whistle by, the reasons for leaving once again crowd my mind. At thirty, life no longer stretches out before me like an uncharted great ocean. If I live to be eighty, more than one third of my life is spent. Where am I? At a time of life when I’m supposed to be somewhere – I’m nowhere I ever wanted to be. I’ll taste the last drops of youth before the cup passes from my lips, forever. The familiar yearning claws at my insides again – but it’s different now – it’s happy knowing I have been true to it – finally.

The yearning … a murmur in a corner of my soul ... that’s how it started … a couple of years ago ... I pushed it away. I was busy; there were things to do. It kept coming back, stronger and stronger: a growing gnawing that would not be denied. The day I turned thirty, I came to know what it was, finally. It was the feeling of having missed my destiny. At one of life’s important junctures, I don’t know when or where, I’d taken the wrong turn.

So maybe that’s what it is: a journey back down life’s highway to try and find the turn I missed. A journey to reconnect with who I am and what I should be doing here – in this life. Did I ever really want to be a lawyer? Maybe I did it because my father didn’t finish law school. Maybe I did it for him, and not for me. Didn’t have the courage to find my destiny and follow it … settled for safety and caution. And the small repetitions of the safe life had closed in and were suffocating me. Don’t know if that’s what it is … I had to go – I know that much … it was the most honest thing I could do. And now it’s real: this journey with no end and no decided route. It’s a big country. Yeah, I’ll head east ... And in my travels maybe I’ll find something of the soul of this land and its people ...

I have been at the wheel for four hours. The muscular movements needed to keep the car on course have become automatic. My thoughts drift freely now, first to the future – new, pregnant with possibility – before anchoring in my childhood. I recall a long-buried idea – from a time of wonder at a world full of possibilities. As a child I thought I could see into people, a kind of second sight.

Memories flow into my mind – sharp, clear, focused. I see things now as I saw things then. I am a small boy sitting in the passenger seat of a car. My father is driving. We approach an intersection. A policeman is standing in the middle directing traffic. He signals the car in front to stop. The policeman fascinates me – his neat blue uniform, high black boots, long white gloves – his precise hand signals. He makes cars stop and go by moving his hands like the man who made the puppets move at the fairground. The gloved hands move and the cars obey, crossing the intersection, slowly and respectfully passing the uniformed man.

From above I hear the noise of a plane. In the eye of my mind as a child I see the silver wings and fuselage. The policeman’s eyes turn skyward to the plane I see clearly in the window of my imagination. The officer’s long-gloved hands slowly fall to rest at his heavy belt. Cars bank up at the intersection. The driver in front looks at him for directions but he gives none. Unconscious of the traffic, his attention is focused in the sky above. The face of the policeman loses form and I see into him. First I feel his discomfort in the hot uniform, the dryness in his throat and the tiredness behind his eyes. Gradually my perception deepens. I sense the numbed heart, the thwarted ambitions – the hopes and dreams unrealized and gone awry. He doesn’t want to be here, directing traffic. The past has cheated him. He is disconnected from the present and fearful of the future.

A car horn honks from behind. A driver doesn’t know why the traffic is not moving. The policeman’s eyes return to the traffic, his arms snapping up with military precision. As he waves us on, the look of purpose clothes his face once again and the moment of seeing into him has passed.

The second sight would come to me without warning and always just for a fleeting moment or two. I would see my mother trying to hide an emotion or catch my father unguarded, looking into the distance. In the moment of second sight the physical would melt – the body become transparent and amorphous. Instead of seeing the person I would see into the person – reach inside to the heart, sense the fears, touch the dreams – see the humanity, raw and struggling. 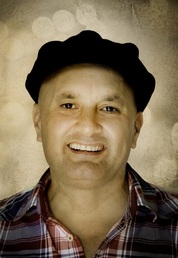 'Written with perhaps the merest of bows to Joseph Conrad and Robert Louis Stevenson, the book’s colourful cast of characters come together to greet the dawn of the 21st century. It’s a vigorously written sly-humoured account of human encounters in a small place lapped by the tides of change…It’s a genial well observed book that insinuates itself into the affections.’
~Christopher Moore, New Zealand Listener, 2 August 2014.
​Peri Hoskins was born in Wellington, New Zealand. He is the second son of a family of five children, four boys and a girl. He is of mixed Maori and Anglo-Celtic ancestry. Peri grew up in Whangarei, Northland, New Zealand, a provincial city then home to about 30,000 people. He was educated at Whangarei Boys’ High School where he twice won a national essay competition. After completing high school and winning the school prizes for English, History and Geography, Peri went to Auckland University where he studied law and the humanities, including history and English literature.
Peri was substantially based in Australia between 1985 and 2005. He completed his study of law and the humanities at the University of Sydney including several courses in philosophy. He worked as a lawyer in New South Wales before embarking on a 1995 five-month road trip all around Australia. This road trip comprises the material for his soon to be published second book, East. Peri subsequently worked as a lawyer in both New South Wales and Queensland, and developed his current specialisation in legal work – civil litigation. In December 1999 Peri travelled to the Kingdom of Tonga to be in the first country in the world to see in the new millennium. The diary of his three weeks in Tonga has become his first book, Millennium – A Memoir. In 2004 Peri completed a post graduate diploma in film and television production at Queensland University of Technology.

Peri now lives, writes and works as a barrister (being a self-employed lawyer) in Northland, New Zealand. 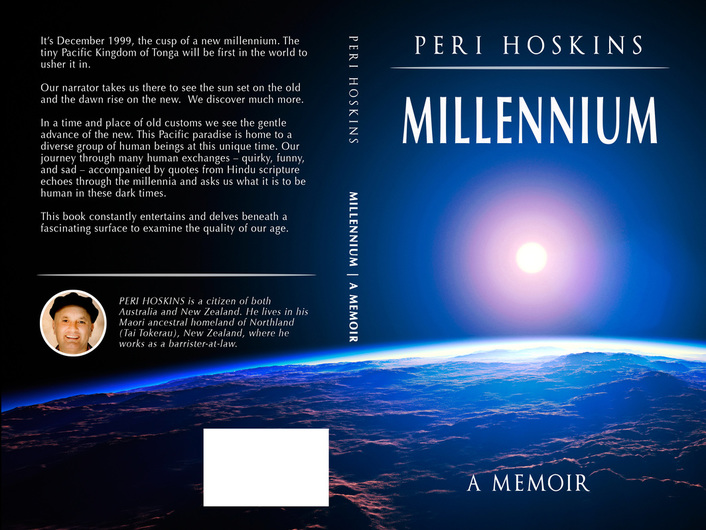 Get Millennium
Powered by