An In Depth Interview with
Author Annie Whitehead!
​

What were you like at school?
Unsettled. I moved schools a lot because my father was in the armed forces. I only realised recently that many of the characters in my stories have difficulties defining ‘home’ and I think that was something subconscious that came from my feeling of being rootless.

Were you good at English?
Yes, I believe so. I wanted to do English for my degree, but it transpired that my history result was better! I turned down my offer of a place on an English and Drama course, deferred for a year, then went off to do a history degree instead. I’m so glad that I did, because this is where I ‘met’ all the characters of the Anglo-Saxon period who would later fill my books with their stories. 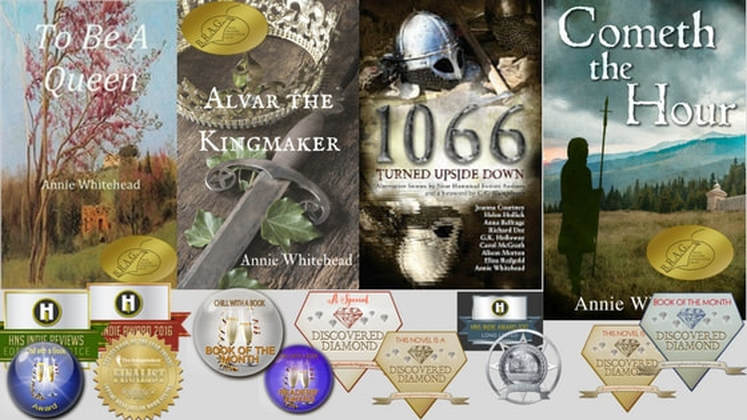 So, what have you written?
I’ve written three novels, all set in Anglo-Saxon Mercia:

To Be A Queen: This is the story of Æthelflæd, Lady of the Mercians, daughter of Alfred the Great. Ruling a kingdom all but name, but in a country not her own, she has to fight to be made welcome, come to terms with her arranged marriage, and save her adoptive country from the Vikings and, ultimately, her own brother.

Alvar the Kingmaker: Alvar is a soldier, but when the king is caught in bed with the queen and her mother, he must learn to be a politician. The new queen loves him, that much is clear, but his enemies want him dead. His heart belongs to another, but she is married, to his deputy. Then the new king dies, and the queen is accused of murder...

Cometh the Hour: Four kings, connected by blood and marriage, vie for the mantle of overlord. Three affect to rule with divine assistance. The fourth, whose cousin and sister have been mistreated and whose friend has been slaughtered, watches, and waits. He is a pagan, he is a Mercian, and his name is Penda. By his side is a woman determined to escape her brutal past. She aids his struggle against his treacherous brother and their alliance founds a dynasty with the potential to end injustice and suppression, if only they can continue to stand together…

1066 Turned Upside Down is a collection of short stories re-imagining the events of 1066 and asking, ‘What if?’ Alongside the likes of Helen Hollick, Joanna Courtney, Alison Morton, Carol McGrath and Anna Belfrage, I contributed a story about a particular event, in my case the battle of Fulford, where the Mercians lost to Harald Hardrada. Or did they…?

Sexuality and its Impact on History is a collection of essays examining themes of love, sex, romance and marriage throughout the ages. My essay revisits the scandals that formed the basis of Alvar the Kingmaker, and asks: What's the truth behind the scandal of the Anglo-Saxon king caught in bed with his wife and her mother? And was the next queen really guilty of witchcraft and murder?

I was also recently the winner of the Historical Writers Association/Dorothy Dunnett Society Short Story Award, for my short story A Poppy Against the Sky, set in the aftermath of the Battle of Lewes.

I’ve twice been a prize-winner in the Mail on Sunday Novel-Writing Competition and won first place in the New Writer Magazine Prose and Poetry Awards.

I’ve had various other articles published in magazines, including one about the British King Dunmail, in Cumbria Magazine. 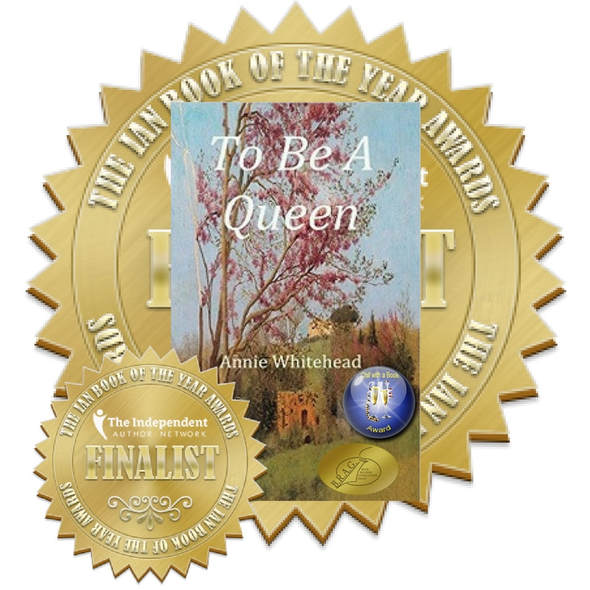 ​What are you working on at the minute?
A new non-fiction for Amberley Publishing. It’s a history of Mercia, from the early seventh century right up to 1071 and the aftermath of the Norman Conquest, and features some familiar names - Offa, Æthelflæd, Lady Godiva - and some less familiar ones. It’s the story of the fluctuating fortunes of a kingdom that at one time controlled all of England south of the River Humber.

What genre are your books?
My books are either history, or historical fiction.

What draws you to this genre?
That’s an interesting question, because years ago my desire was simply to write, and I didn’t have any specific genre in mind. My first attempt at a novel was actually a dual timeline story, but the more I researched the history parts, the more I realised that I wanted to write a ‘straight’ historical fiction.

I had been inspired by the likes of Sharon Penman and Elizabeth Chadwick and I found that I wanted to take a similar approach to telling the stories of the Anglo-Saxons. Often they are portrayed as inhabiting a land of myths, magic and demons, whereas I wanted to showcase the stories of the real men and women of this era.

Which actor(s) and/or actress(s) would you like to see playing the roles of your main characters if your work was adapted for the big screen?
This is a question I normally try to avoid, because I think people have their own ideas of how the characters should look. Plus, if Hollywood came calling and suggested someone who didn’t look a bit like my idea of a character, I don’t think it would be a deal breaker - You want to buy the rights to my book, but you want Ryan Gosling to play my dark-haired, dark-eyed character? By all means!

How much research do you do to add depth to your works?
I do a lot of research, and I know the period very well anyway. I won’t put all the details in the books, necessarily, but it’s important for me to create a world that’s as believable and authentic as possible.

Why do you write?
I can’t not write. It seems like words come out of my fingers more easily than they do my mouth.

Do you write full-time or part-time?
I’m pretty much writing full-time now, which is a lovely thing to be able to say.

What was the hardest thing about writing your latest book?
Not being able to make anything up! Non-fiction can be a slow process, with fact-checking and citation causing endless interruptions to the ‘flow’.

What is the easiest thing about writing it?
Not having to worry about the plot; with non-fiction that pretty much takes care of itself!

For your own reading, do you prefer ebooks or traditional paper/hard back books?
I enjoy both. I like the convenience of e-books, but I still have piles of paperbacks and hardbacks stacked and shelved in completely random order. Some are like old friends, while others are new and un-creased and waiting for me…

In what formats is your book available?
My novels are all available in Kindle, paperback and hardback. 1066 Turned Upside Down is available as an e-book, Sexuality and its Impact on History is out now in paperback, and my history of Mercia will be available initially as a hardback.

How do you relax?
I write! Or I go for long walks, listen to music, sing, and I work out every day.

What is your favorite quote?
I like the old Welsh proverb: ‘The best candle is understanding.’

If you could have been the original author of any book, what would it have been and why?
Helen Hollick’s A Hollow Crown. It’s the story of Emma of Normandy, who married Æthelred the Unready, and then Cnut (Canute) and it was the first idea I had for a novel. Helen beat me to it! I was always a huge fan of her novels and never would have dreamed that all these years later I’d be collaborating with her on a book. Pinch me! 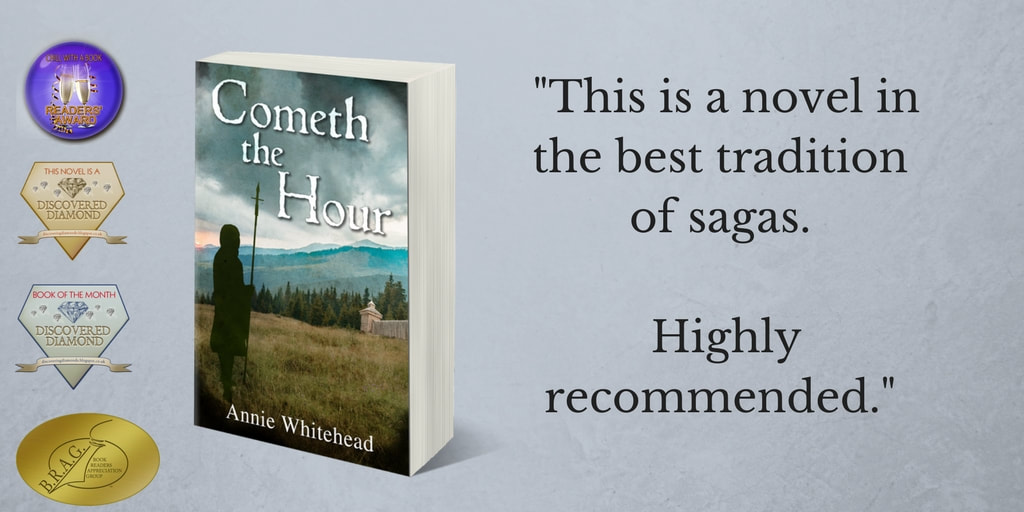 ​What advice would you give to aspiring writers?
Always keep writing. The process is like a muscle, and it needs exercising. 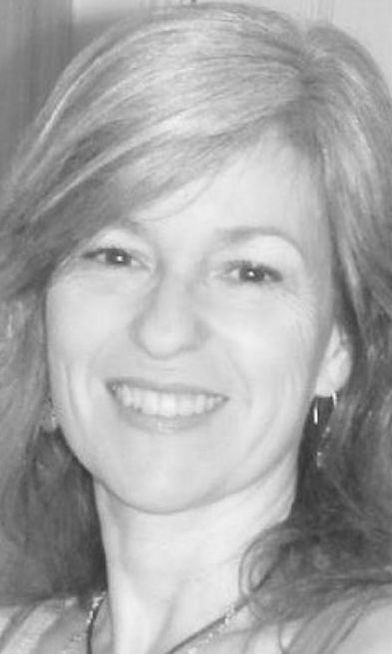 and I’m a contributor and editor at the English Historical Fiction Authors Blog:
https://englishhistoryauthors.blogspot.co.uk/search?q=+Annie+Whitehead

and on my website: http://anniewhiteheadauthor.co.uk/ (although this is about to undergo refurbishment)

​Thanks very much indeed for allowing me to talk about myself and my work!
​
It has been our pleasure talking with you! We wish the best with all of you writing and life's ambitions! You should be proud of what you have accomplished, we know we are proud to have gotten to know you! 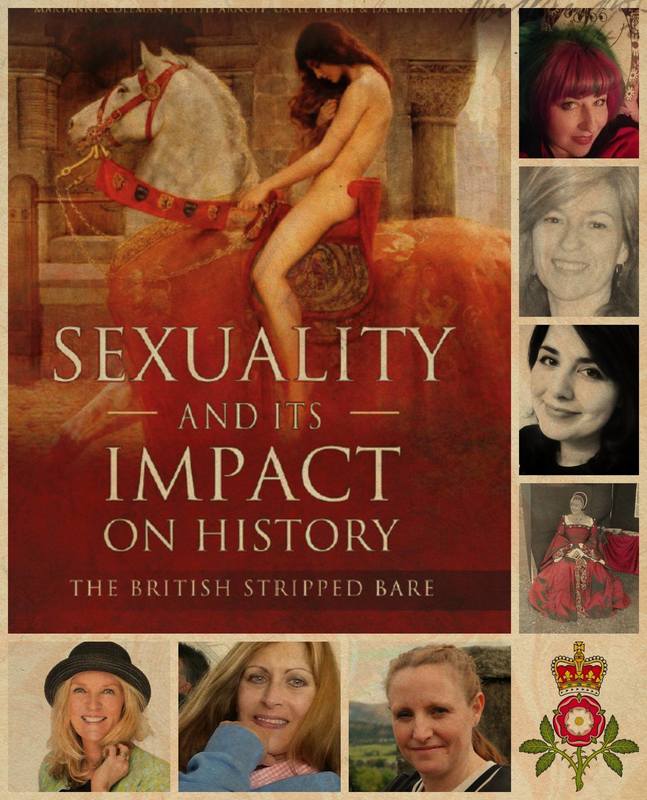