Today I would like to introduce Lazlo Ferran. Lazlo is the author of several novels, his most recent being a Paranormal Thriller titled The Synchronicity Code: An Ex Secret Agent Paranormal Investigator Thriller
​(Ordo Lupus and the Blood Moon Prophecy Book 4) 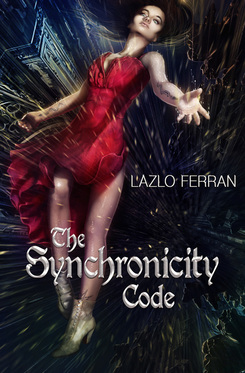 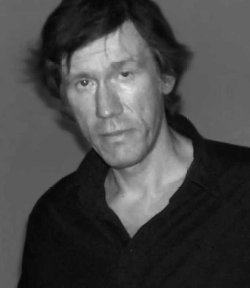 Author Lazlo Ferran
During Lazlo Ferran's extraordinary life, he has been an aeronautical engineering student, dispatch rider, graphic designer, full-time busker, guitarist and singer (recording two albums, one of Arabic music featuring the rhythms of Hossam Ramzy). He has traveled widely and had a long and successful career within the science industry but now left employment in the public sector to concentrate on writing. He has lived and worked in London since 1985 and grew up in the home counties of England.

Brought up as a Buddhist, in recent years he has moved towards an informal Christian belief and has had close contact with Islam and Hinduism. He has a deep and lasting interest in theology and philosophy. His ideas and observations form the core of his novels. Here, evil, good, luck and faith battle for control of the souls who inhabit his worlds.

He has traveled widely, living for a while in Cairo during 1982. Later, he spent some time in Central Asia having various adventures, one of which was getting married in the traditional Kyrgyz style. He has a keen interest in the Far East, Middle East, Asia and Eastern Europe - the latter informing his series of books about vampires and werewolves. He keeps very busy as a self-supported writer but is a big movie buff and still pursues his other interests of history and genealogy.

Today we are sharing our interview of Lazlo Ferran, who has kindly taken part in an interview with author's and blogger's Sarah Jane Butfield & Margaret A. Daly. If you enjoy the feature be sure to share or retweet the link.

Hello Lazlo and welcome to Rukia Publishing. Thank you for taking part in our meet the author feature.
How long have you been a writer and how did you come to writing? How did you come up with your stories?
I was originally a song writer and recorded two albums as a professional singer/songwriter. Before that I had tried writing while on a journey to Egypt as a 19 year old. I travelled light and cheap and as a 3rd class passenger, I had to sleep on the deck from Greece to Alexandria so I had plenty of time. I filled this attempting my first scifi story. The story itself was quite good but my knowledge of people’s emotions and behaviour was sadly lacking and I knew it so I abandoned the story. After I gave up singing for the sake of my sanity and family, I began to write, at first short stories, but when, to my surprise I found that people liked them, I tried writing novels.
I guess the stories came from themes and issues that were worrying me at the time or strange things that happened to me, of which there were many. My first short story, Brightfield Street, was an account of a couple who lived with me. She was very gentle and shy and he was known as a wide boy. He convinced her somehow to take part in an armed robbery and they both went to prison, leaving me to look after their cat. It was so poignant, I felt I had to tell people. But I didn’t have that many friends so I wrote it down. The second short story was about a night I spent in Paris. I was on my way to Rio de Janeiro when a storm delayed our Air France flight so we were given the choice of a night in Paris or a hotel in Heathrow. I chose Paris and spent the night walking round the City in a t-shirt, in late October!

What are the best and the worst aspects of writing?
The best part is definitely receiving fan mail. I love people that I have never known telling me how much they like my story and characters. The worst part is probably editing. I hate having to cut 30,000 words out of a 90,000 word story just so I can send it to publishers. I admit the books are usually improved by the cuts. It’s just that it feels like cutting the arms off a baby.

What inspires you to write?
For the most part I want to inspire people to go out into the world and do their best to change it for the better. But I also like to think of them sitting in front of a log fire with a glass of wine or mug of Horlicks, reading until 3 am. I know this does happen and I love to think of my books as 3 am books!

How did you conduct your research for – Ordo Lupus and the Temple Gate?
Almost all my research for my books is done online. But this book was different. My own family name is a rare one but when I was a kid I hated it. When I found out it had a French origin, I grew fascinated and wanted to know more. I spent 10 years doing research and this led to a deep interest in the Burgundy region of France and the Cathars, a sect of religious heretics persecuted by the French crown with the blessing of the Pope. I read many academic works on religious life at the time including the lives of Cathars, Cistercian monks and the nobility. Did you know one Burgundy town was the first in Europe to break out of the feudal system and Vezelay became a secular town with its own organizing committee? This, combined with a chance discovery about the origin of werewolves in Europe, led to the idea of writing a book with these two themes. So I had already done much of the research before I started. Much of it is fact and there is Postscript at the back to separate fact from fiction.

What are 3 of your favorite lines/quotes from your new release?

“Long enough for you to die.”


“God! Do all women feel like this?” she gasped.

I felt my strength returning with each draft of the precious liquid of life but something more; I felt a cleanness, a power that I                 had never experienced. I looked up in wonder at her when I had finished and yelled:

“Darling, you are special. I feel that I have been reborn!”

I gently replaced the hem of her dress and wiped my mouth before kissing her.

“I hope you enjoyed yourself!” she replied, giggling.

We edged around the decoration and I pointed to the spire, telling her:
​


What would your friends say is your best quality?
Probably my humility. I was brought up a Buddhist.

Are reader reviews important to you?
Absolutely critical. I have a number of beta readers who read my work, sometimes several times, before I publish. These readers are generally fans whose opinions I have come to regard very highly. I will often alter a book extensively upon reading their feedback. I try to respond to readers’ feedback always, whoever it is. Recently a reader on Google Play complained that my fonts weren’t scalable. This was because I had chosen to upload pdfs rather than ePub files because the pdfs were from the paperback and I felt the formatting gave the best ‘feel’ for the book. However, after reading his comment, I switched all my book files on Google Play to ePub files. I hope this fixes the problem. I did attempt to contact him for feedback on the new format but he didn’t respond.

Do you have any blogs/websites?
My main website is my blog: http://www.lazloferran.com I generally post every other Monday at the moment. I would like it to me more frequent but I have less and less time to write now.

What do you do when you don’t write?
I love to watch movies. Almost any genre and period will do, as long as it is made with love. I watch movies from the silent era until today. I am constantly changing my favourite top 10 films so don’t ask me! Films sometimes inspire me and so do books. But I only read on holiday because I tend to absorb the voice of the writer; it has taken a long time to develop my own voice so I don’t want to absorb others when I am writing. I occasionally do some genealogy too and I love to walk in the country and travel.

Tell us about your other books?
I have 20 now! They are my children. Where to start? Well I write science fiction, paranormal, what I call wartime fiction (set during wartime but not necessarily military), literary fiction and short stories. My first book, The Ice Boat, is semi-autobiographical. I lost the second half for 10 years so I had to publish it in 2 volumes! My next book was The Man Who Recreated Himself, what I call a philosophical thriller about a politician trying to reconstruct the life of a man who caused a British revolution. My third was Infinite Blue Heaven – about war in Central Asia. I wrote this after marrying in Central Asia –Kyrgyzstan. My fourth was Ordo Lupus and the Temple Gate and I have expanded them to 3 books now and added a prequel, which is FREE, Vampire – Find my Grave. Just after that book I wrote my first science fiction book, Too Bright the Sun, book 1 of the Iron series. This is not traditional scifi in that it dissects the main character’s emotional motives to his bones. It is most like Phillip K Dick’s Do Androids Dream of Electric Sheep, the inspiration for Blade Runner. There are now 5 books in the Iron series, including a FREE prequel, Running – Alien in the Mirror. In January A-Argus will publish my next book called December Radio. This is set during WWII and about two Dutch brothers trying to thwart the Nazi nuclear bomb project, a very real threat at the time. It’s my second wartime book, the first being Attack Hitler’s Bunker! The title is self-explanatory! I have just completed the first draft of a novel set at the beginning of the Cold War, a romance. It has been very hard for me to write romance but I want to try my hand at most of the genres, so that later I can feel free to try anything with a book. I am still serving my apprenticeship, on the job, as it were. I have also started an autobiography and in the New Year I will be starting a very big project, but that is top secret. I am a very prolific writer because I love writing. But I am also able to write a lot because I have taken early retirement so I can write all day, an enviable position I know!

If you could share one thing about yourself that you would like readers
to know what would it be?
I write from the soul and my books are candy-coated but with a bittersweet core. If you read them, don’t be surprised if they wake you up!

Thank you for taking the time to sit with us Lazlo, and providing us with honest insight. It was a pleasure speaking with you.

Please support Lazlo Ferran by not only purchasing his newest title but by following him on Social Media!

Be Sure to Check out Lazlo's Guest Blog Post On November 5th & his Book Showcase, here at Rukia Publishing!