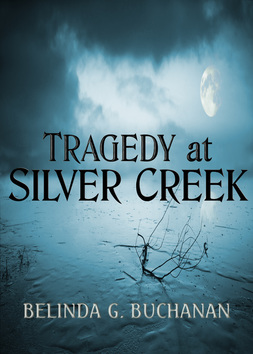 Featured author Belinda Buchanan has a new release on 16th September called Tragedy at Silver Creek. If you like the sound of the synopsis below then why not have a sneak preview of the first three chapters on her author website

Guilt is a powerful thing, and former deputy Jack Collins is mired in it. Unable to forget the events that have taken place in the town he was sworn to protect, he feels as if he is slowly drowning as he tries to cope with the aftermath of a serial killer’s reign of terror, as well as his new—and unwanted—job as chief of police.
When the body of a young woman, having the same puncture wounds as the serial killer’s previous victims, is discovered, Jack must determine if this is a copycat crime or the work of a possible accomplice—either of which—could put the killer’s only surviving victim, Katie Winstead, in grave danger.
As Jack delves deeper into the murder, his vow to keep Katie safe, combined with the secret he’s been harboring, begins to take its toll. His sudden inability to confide in his wife, Cheryl, causes their home, which was once a haven for him, to become just another source of tension.
An overzealous news team, a threat from his not so distant past, and a mayor who wants the murder swept under the rug, only add to the pressure surrounding him as Jack struggles to do what’s right on all levels in this riveting, stand-alone sequel to The Monster of Silver Creek.

Belinda Buchanan was born in Owensboro, Kentucky in the U.S.  She is the youngest daughter out of four, beating out her twin sister for that title by a scant two minutes.  Growing up, her extreme shyness led to a lot of alone time, during which she began to write down the stories that swarmed inside her head.  She met the love of her life on a blind date and has been married to him for twenty-five years.  During this time they lived in a few different states, but now reside in a small town near Louisville, Kentucky which has been their home for nearly a decade.  Besides being a wife, she is a mother to two boys – one who loves her unconditionally, and one who loves her only when not in public, and a caretaker to a menagerie of animals which includes a hamster, two persnickety cats, and one dog that thinks he’s a person.  She is also a firm believer that Krazy Glue can fix anything.

Belinda Buchanan meeting new readers and authors at the SOKY Regional Authors Book Festival
How long have you been a writer and how did you come to writing?
Some of my earliest memories are of me making up stories in my head.  I was probably the only five-year-old who looked forward to bedtime.  After snuggling under the covers, I would close my eyes and daydream.  As I grew older, the daydreaming morphed into words on paper.  For years, I had this story rattling around in my mind about two couples who had an affair and how it affects their relationship when a child comes of it.  I began writing it when I was in my twenties, and for two years, I worked on it non-stop.  When I was at work, and a certain passage came to mind, I’d write it down on a sticky note, and when I came home, I’d empty my pockets of those notes and plop myself down in front of the computer and type them in.  Back then, my writing space consisted of my PC mounted on top of a small wooden filing cabinet with the keyboard resting on a TV tray.  I’d sit on the couch and plunk away with my first born (my cat, Lance) beside me.  Two years, later, “After All Is Said And Done” was finished.  Of course, it wasn’t long before life happened and I put the manuscript in a drawer and forgot about it.  Then, when my youngest son started kindergarten a few years ago, I pulled it out, dusted it off, and fell right back into step with my first love.
What are the best and the worst aspects of writing?
The best part is the thrill and exhilaration I feel when I’m creating dialogue and characters.  It’s an adrenaline rush that is comparable to nothing else.  The worst part of writing is that I’m taking the intimate most parts of me and putting it out there for the world to read.

What inspires you to write?

Just about anything and everything.  My mind is constantly turning.  I can hear a song on the radio and take a passage from it and turn it into a scene that I’m working on.

Who or what has had the greatest influence on your writing and why?

Without a doubt that would be my husband.  He is my biggest supporter, fan, and love of my life all rolled into one.

Do you have a writing schedule? How often do you write?

I’d like to say that I have a writing schedule, but the truth is I don’t.  After I get the kids off to school, I come down to my office in the basement and start, but the best laid plans of working till they get home sometimes fall to the wayside.  I steal every second I can and usually fall asleep thinking about a paragraph or scene that I’m not happy with.  I’ll wake up two or three hours later, and my mind immediately picks right back up where I left off with it.  It’s an endless, and sometimes frustrating cycle.

Tell us a little about Tragedy at Silver Creek and how you came to write it?

Tragedy came from my previous novel, The Monster of Silver Creek.  A few weeks after I’d published it, I found myself continuing the story in my head because I realized there was still so much to say.  A couple of months later, I began writing it as a stand-alone sequel.  The story deals with a small town in Prairie County, Montana whose residents are reeling in the aftermath of a serial killer’s reign of terror, none of these more so than former deputy Jack Collins, who feels as if he is slowly drowning as he struggles to adjust to his new—and unwanted—job as chief of police. The pressure soon begins to take its toll when the body of a young woman, bearing the same puncture wounds as the killer's previous victims, is discovered. When the body of a young woman, having the same puncture wounds as the serial killer's previous victims, is discovered, Jack must determine if this is a copycat crime or the work of a possible accomplice—either of which—could put the killer's only surviving victim in grave danger.  As Jack delves deeper into the murder, his vow to keep the victim safe, combined with the secret he's been harboring, begins to take its toll.  His sudden inability to confide in his wife, Cheryl, causes their home, which was once a haven for him, to become just another source of tension.  An overzealous news team, a threat from his not so distant past, and a mayor who wants the murder swept under the rug, only add to the pressure surrounding Jack as he struggles to do what's right.

What are 3 of your favourite lines from your new release?

Cheryl closed her eyes and took a deep breath, allowing aftershave, soap, and all things Jack to fill her senses, while the sound of his heart beating softly against her ear, drowned out the rest of his words.

Katie stared at her mother’s face, entranced by its utter beauty, and yet at the same time, horrified by its indifference for her.

Jack shook his head inwardly as he began drawing the zipper of the bag closed.  There was nothing fascinating about a corpse, and the fact that people wanted to see one at all absolutely amazed him.


Jack’s chest crackled as it rose and fell.  “It doesn’t matter,” he finally said.


That was four.  Sorry, it was really hard to choose just three.

Who is your target audience?

A good portion of my readers are women, age thirty-plus, although there are a large number of men who read them as well.  Most of my characters are in their thirties.  They are mature and have careers, and I think that’s a part of what draws my readers in, as they can certainly identify with the ups and downs of trying to have it all.  They travel down the same tumultuous path I have laid out for my characters, going around every hairpin curve and trudging up every steep hill with them—coming through the other side of it, weary but satisfied.

Are reader reviews important to you?

Very much so.  When you’ve poured your heart into something for the better part of two years, it’s rewarding to hear back from readers.

Do you have any blogs/websites?

Who are your favourite authors and what book are you currently reading?

I grew up reading Danielle Steel, and even though there have been many authors since her, I think that I’ll always gravitate to her books.  I just downloaded “Woman With A Secret” by Sophia Hannah.  I can’t wait to get started on it.

What would your friends say is your best quality?

I’m a great listener and sympathizer.

Do you have any other writing projects to tell us about?

Now that Tragedy at Silver Creek has been released, I’m going to take a couple of months to reintroduce myself to my family and clean my house. J  Then I’m going to get started on writing, The Safe Choice, which is about a pregnant woman facing the difficult decision of staying with her deadbeat boyfriend whom she loves for inexplicable reasons, or marrying her best friend.

If you could share one thing about yourself that you would like readers to know, what would it be?

That I can be bought with a KitKat.