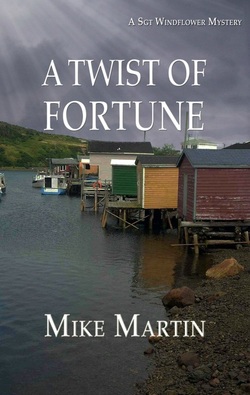 A Twist of Fortune by Mike Martin

A Twist of Fortune is the fourth book in the Sgt. Windflower Mystery Series and it continues the adventures of Sgt. Windflower as he tries to solve crime and experience the joy and the sadness of life in a small maritime community. Follow along as he feels the sometimes bitter taste of an east coast winter and the unique culinary delights of this part of the world.

This is the fourth instalment in the series following the exploits of Sergeant Winston Windflower, a member of the Royal Canadian Mounted Police working on the remote island of Newfoundland. The topography and climate of the location of the novel provide a key device within the narrative, allowing for a sense of isolation, a small community feel to policing and enough drifting snow to cover footprints at even the busiest of crime scenes.

A Twist of Fortune tells the story of drug smuggling gangs and multiple homicides, but the book isn't fixated on murder mystery and instead weaves the criminal investigation narrative around those of the decline of the local fishing industry and Windflower's personal life, relationships and his love of the local food and not so local scotch whisky.

The story of the decline of a once thriving local industry is universal, one could draw parallels between Newfoundland fishing and UK mining towns, so a lack of local knowledge won't effect your enjoyment of this book. Indeed the bleak, snowy, daylight limited setting will be familiar to viewers of Sky Atlantic's recent flagship TV series Fortitude.

The action moves at a steady pace throughout and with relatively short chapters it's easy to get stuck in. My only criticism is the balance of criminal investigation with character development and sub-plots. It can feel a little mundane at times, as I'm sure police often work is, but a little less coffee and doughnuts and a little more drama and tension-building certainly wouldn't go amiss.

A solid and absorbing read nonetheless.

Reviewed by MJ Meads from The Kindle Book Review.

A Twist Of Fortune is a piece of crime fiction set in and around Grand Bank Newfoundland, Canada. Sergeant Winston Windflower is a member of the Royal Canadian Mounted Police. This is the fourth book about the sergeant. The book opens with Windflower's girlfriend, Sheila, being taken away in handcuffs at a community protest about the closure of the local fish plant.

Winter is making itself know in this part of the world and Windflower and his small team must patrol and close the highways as necessary when the snowstorms blow through. During one storm there is car accident, Michael Ridgeway a local pharmacist is killed. After the storm has cleared and the car is recovered a second body is found, that of local outlaw biker Frankie Fallon. Post mortems produce evidence of opiate and narcotics abuse .

Windflower and his team find themselves working with other officers to solve a much wider drug ring. Meanwhile the Mayor has a fatal heart attack and the local community is shaken up once more.

This book is a leisurely stroll through some of Canada's wild places, where no one can hide from the effects of crime. We get an insight into the communities and people who choose to live away from the bright lights of the cities.


About the author Mike Martin
Mike Martin was born in Newfoundland on the East Coast of Canada and now lives and works in Ottawa, Ontario. He is a longtime freelance writer and his articles and essays have appeared in newspapers, magazines and online across Canada as well as in the United States and New Zealand. He is the author of "Change the Things You Can: Dealing with Difficult People and has written a number of short stories that have published in various publications including Canadian Stories and Downhome magazine.
The Walker on the Cape was his first full fiction book and the premiere of the Sgt. Windflower Mystery Series. The Body on the T was the second book, Beneath the Surface is the third installment and A Twist of Fortune is the newest book in the series.
He is a member of Ottawa Independent Writers, Capital Crime Writers, the Crime Writers of Canada and the Newfoundland Writers’ Guild. 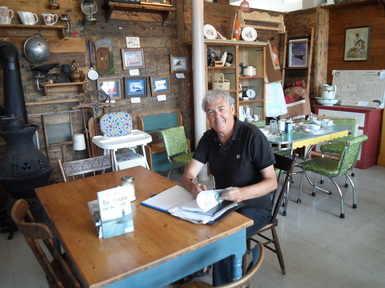